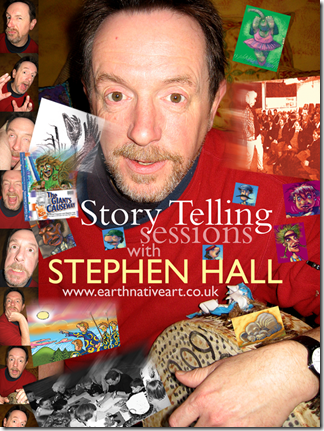 Stephen has spent the past ten years visiting schools and community groups as a storyteller.

Stephen has worked as close to home as Stormont/Parliament Buildings, Belfast, The Linenhall Library, Stranmillis College, Féile an Phobail/ The West Belfast Festival and as far a field as Donegal, The Wains Fest, Glencree, Centre for Peace and Reconciliation, Bologna with The British Council, The Gothenberg Irish Festival And Sioux Valley Native American Reserve, Manitoba, Canada.

To find out more just get in touch with Stephen. theweebear@hotmail.com